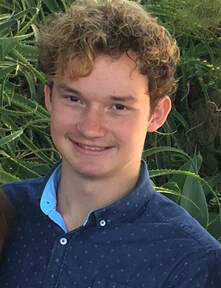 ​
Ben Tyrrell, $1000.00 Patron Scholarship
Ever since his youth, Ben has been entranced by music. He began playing piano and clarinet in elementary school, and later picked up saxophone and guitar. He now studies classical and jazz saxophone performance at El Camino College under the guidance of Ann Patterson. He performs with the El Camino Symphonic Band and Jazz Band and will be performing a solo concerto with the El Camino Orchestra this Spring. Whether it be through avid listening, performance, or study, Ben wishes to continue his musical journey into university and beyond; along the way uncovering the life-enriching truths of music. 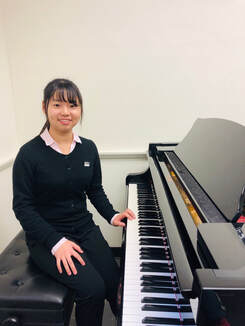 ​ Meng Chieh “Jamie” Yu, $1000.00 Eunee Yee Piano Scholarship
Jamie was born in Taiwan and moved to California in 2017.  She studied piano at El Camino College with Dr. Chambers-Salazar for two years and was selected to perform in three piano masterclasses held at El Camino College. Now in her fourth semester at El Camino College she will transfer to a California State University in Fall semester 2019. During her three semesters at El Camino College, she successfully auditioned for three piano masterclasses as well as one Alexander Technique masterclass. Jamie frequently took time on weekends to play piano at the Torrance Senior Homes (the Earlwood and Driftwood Healthcare) for the elderly and the patients there. She greatly loves the piano hopes to become a music teacher, focusing on teaching piano and music theory. Jamie believes “The purpose of learning is not simply to get a diploma, but to use the newfound knowledge and abilities to live a more fulfilling life and to provide a meaningful contribution to society.” 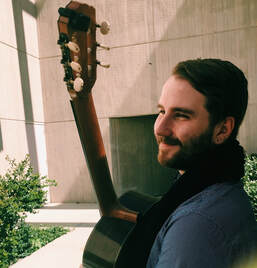 ​ Dylan Abernathy, $500.00 Patron Scholarship
Dylan Abernathy is a budding classical guitar performer and educator in the Southern California area. His friendly demeanor and profound excitement towards music of all genres help him flourish in his music related activities. He actively seeks performances, maintains a private guitar studio, and volunteers his free time to teach at local high schools. He is also an active member of the Orange County Guitar Orchestra. Dylan is currently pursuing a BA in Classical Guitar Performance at California State University, Dominguez Hills, and holds an AA in Music from Modesto Junior College. Dylan’s overarching goal is to share his passion for music with others. When he is not working on his music, Dylan likes to spend time with family, play video games, and take part in a never-ending journey to find the best chicken-fried steak. 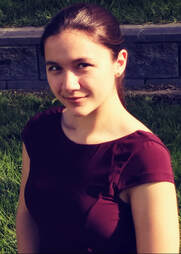 ​ Liana Wopschall, $500.00 Ruth Cuccia Memorial Scholarship
Liana Wopschall is a music major at El Camino College pursuing opera and musical theatre. She studies with Erin Wood in the Applied Music program and independently with Ann Grennan. Her most notable and recent accomplishments include placing first in VOCE (a state-wide competition), participating in Music Academy of the West’s opera auxiliary chorus in its production of Mozart’s Le nozze di Figaro, placing first in the most advanced level within her age group in the Crescendo International Music Competition where she sang in Carnegie Hall, receiving the Daily Breeze “Making a Difference Award”, and playing Marsinah in MBCC’s production of Kismet. She plans to transfer to California State University, Long Beach, this fall to continue her studies as well as to continue developing her craft. 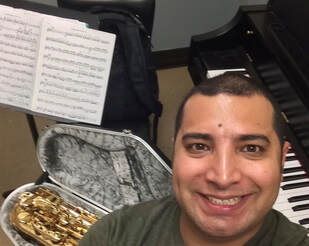 ​ Barney Aparicio, $250.00 Memorial Scholarship
Barney Aparicio graduated from the Herb Alpert Music Academy at Los Angeles City College where he played with the wind ensemble, jazz band and saxophone quartet. He is currently in his Junior year at CSUDH, studying saxophone performance with Dr. Chika Inoue. After completing his bachelor’s degree, he plans to continue studying saxophone in graduate school. In the past he has instructed K-12 with the Pasadena Conservatory of Music and has coached high school marching band and wind ensemble saxophonists. 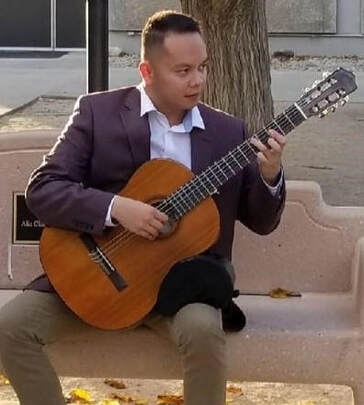 ​Jon Reyes, $250.00 Patron Scholarship
Jon Reyes is a classical guitarist currently studying at El Camino College. He is also a member of various classical guitar societies in Southern California such as the American Guitar Society (Valley Glen), Orange County Guitar Circle (Orange, CA), and the Vietnamese American Classical Guitar Society (Westminster). He has had the privilege of studying with outstanding classical guitarists Tizoc Estrada, Jon Minei and John Dearman. This fall, Mr. Reyes will transfer to California State University, Fullerton, to pursue his bachelor’s and master’s degrees in classical guitar performance under the guidance of Martha Masters and Andrew York. He also hopes to be admitted to the University of Southern California to pursue a doctoral degree in music. Once his academic studies are completed, Mr. Reyes plans to become a music professor at a college or university. He also plans to establish a non-profit music organization with the purpose of donating musical instruments to those who are in need. 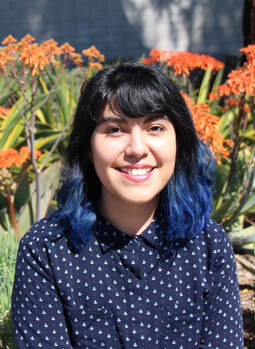 ​ Eda Villegas, $250.00 Patron Scholarship
Mexican-born singer-songwriter, Eda Villegas, developed her passion for music after she moved to Long Beach, California, in 2008. After many years performing in local choirs, she learned to play guitar and piano and began her journey as a songwriter. Primarily specializing in jazz, indie rock, and nueva cançion, Eda uses these musical genres as her principal means of artistry and expression. She is currently studying music education with an emphasis on voice at California State University, Dominguez Hills’ Department of Music. Eda has been featured in honor recitals for the CSUDH Department of Music during fall, 2018, and spring, 2019. She has also been part of special performances for the Richard Nixon Presidential Library and for LA Galaxy.